Yame stone lanterns are made from the tuff of Mt. Aso, which is perfectly suited for Japanese gardens
Moss grows in the dark and easily on this stone
The durability and the soft stone quality of the tuff can be utilized in a variety of ways.

Tuff was made by the volcanic ash consolidation from the large eruption of ancient Mt. Aso. Yame Stone Lanterns are made by cutting out the tuff and processing it with a chisel, etc. Soft and suitable for stone lanterns, tuff is used to create various items ranging from rustic to fine sculptures. Because it absorbs water, plants, such as moss, easily grow on the lanterns. Its calming color is a familiar sight in the Japanese garden. You can enjoy it year after year due to the durability of Yame lanterns.

The History of Stone Sculptures

The reason why the Yame Stone Lanterns came to be made is that the tuff from Aso was collected in the Nagano area of Yame City. Also, it is cited that there were craftsmen called ishiko, with masonry technology, such as stone cutting, processing, and stacking. Stone lanterns are said to have originated in the early Edo period, and the oldest remaining work comes from the Bunkyu Period (1861-1864). However, stone products such as stone men and stone horses made by processing tuff rocks have been excavated from various parts of the Yame Hills. These were mainly in the Iwatoyama Tumulus, made in the Kofun Period (300-538 AD). It shows that sculptures made of stone have been around for a long time. 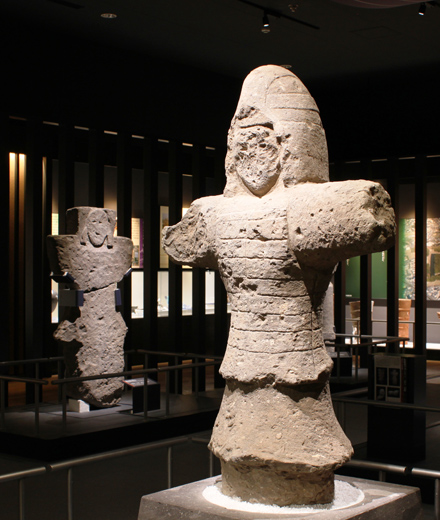 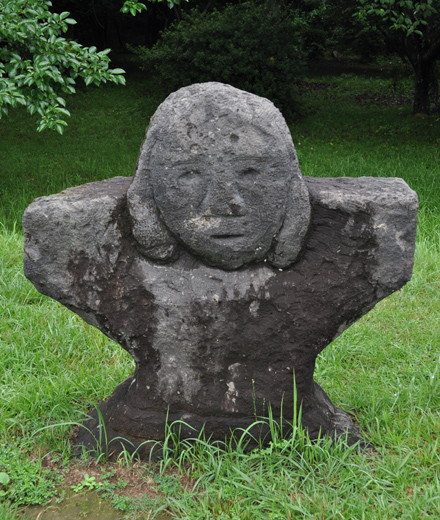 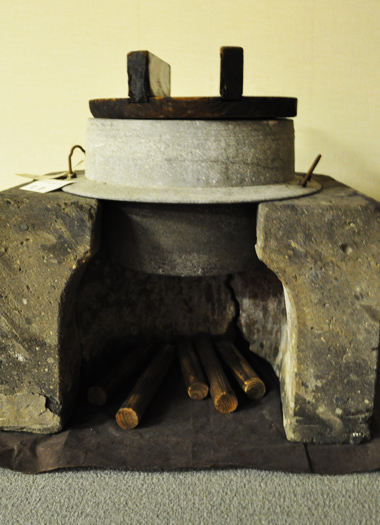 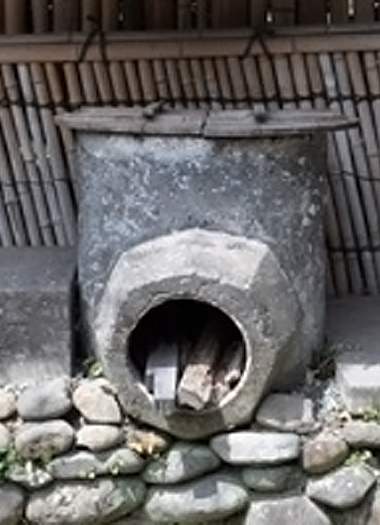 It was in the Taisho Period when Yame Stone Lanterns began to be made in earnest. Tree merchants in the Tanushimaru area of Kurume city, where the business was flourishing, began to sell trees along with the stone lanterns. That is the reason that stone lanterns are now used nationwide. Yame is one of the four major stone lantern producers, along with Okazaki City in Aichi Prefecture, Takamatsu City Ajicho in Kagawa Prefecture, and Izumo City, in Shimane Prefecture.

Walking through the whitewashed wall area of Yame, treasures made of tuff, such as the Ojizosama and Ebisu statues are enshrined and still treasured to this day.

Ebisu is located in Nishifurumatsumachi in Yame City, which was made in the third year of the Shōtoku Period(1713). Next to Ebisu is the goddess. This is a rare set of the married couple enshrined together.

Next door, in the town of whitewashed wall area of Yame City, the vestiges of the castle town remain everywhere. Tuff has a hard time weathering compared to granite, so many of it still remains today. The shrines arches (Torii) and guard dogs (Komainu) are also made of tuff, many still quietly standing to this day.

The Yame countryside (Okuyame) also has a lot of stone bridges which are still used as roads today, creating a rich landscape. 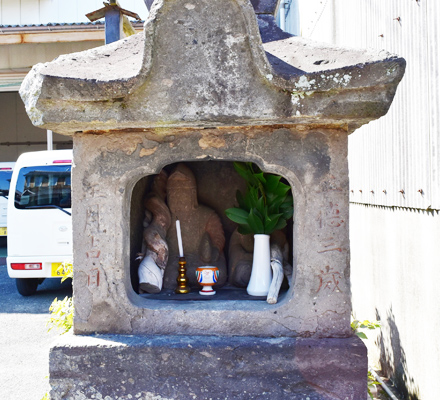 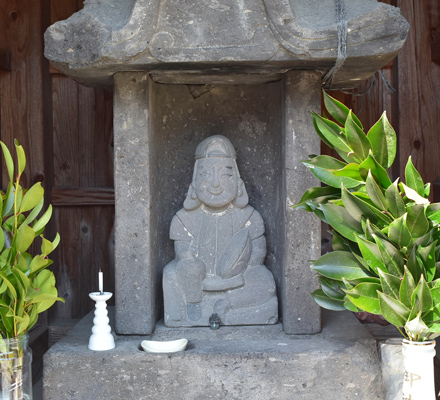 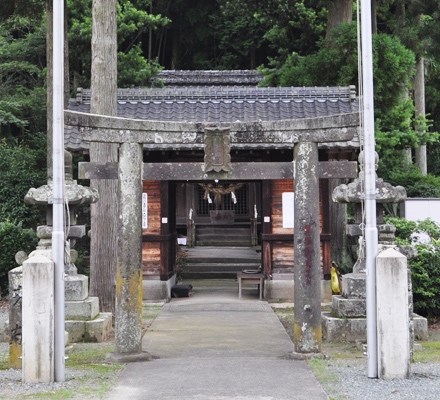 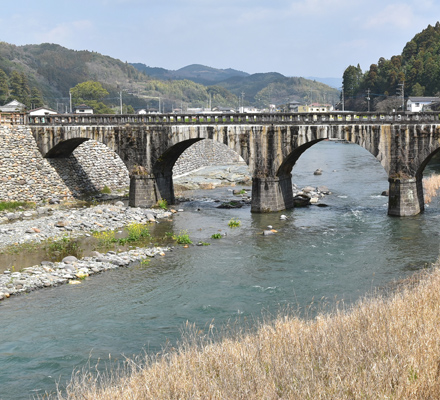 Characteristics of the Yame Stone Lantern

One of the features is the use of Aso Volcanic Belt Tuff. The official name is Condensed Aso Tuff, which is also called Nagano stone.

The main characteristics of tuff

① Tuff is perfect for engraving into the soft stone.
② Moss grows easily, and plants also easily take root because it absorbs water.
③ Since it is a stone made of Mt. Aso volcanic ash, it is heat resistant, cold resistant, and very durable.
④ Tuff is lighter and more portable than other stones. Tuff is the optimal stone for use in stone lanterns.

The Yame Stone lanterns dark and rocky surface gives it a rustic and calming hue that is in perfect harmony with the Japanese garden. It is popular not only domestically, but it is also exported overseas as well. 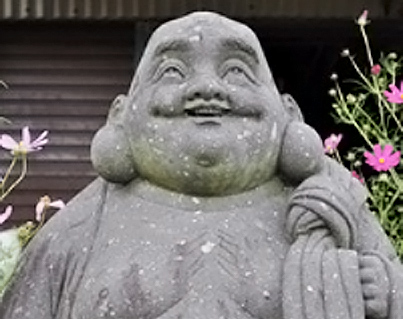 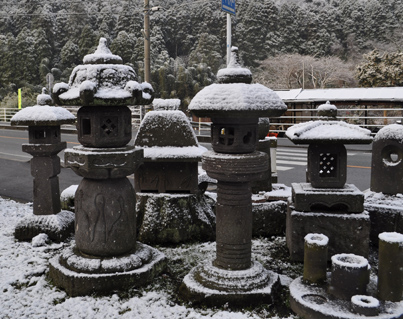 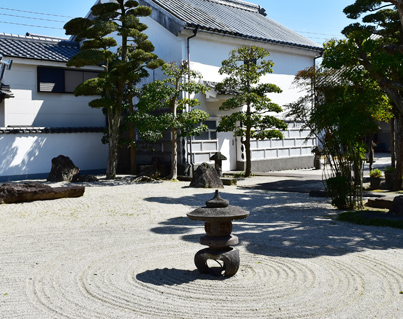 Mt. Aso tuff is softer than other stones such as granite. It is said to be softer than other stones, but it is actually divided into soft stones as well as hard varieties. Soft stones, in particular, retain water very well. The color tone varies greatly depending on if it is dry or wet. It becomes a whitish color when dry, and it turns dark when it gets wet. If you put it outdoors, moss easily grows, but you can also place it indoors and enjoy it in the same condition it was in when you bought it. Soft stones are easy to cut and made for simple sculptures. It is also characterized by the many cracks and crevices which make it a light stone. Hard stones are heavy because of the lack of open cracks and crevices. This also makes it difficult to process and sculpt. It is much more suited for fine sculptures. It doesn’t absorb moisture like soft stones do. There is also less color change.

Masons can distinguish between soft and hard stones right away and then use them accordingly. In the case of sculptures that you want to give a sharp finish, hard stones are used, on the other hand soft stones are used to give a more rustic feeling. Sculptures that combine several parts, such as lanterns, use the same quality of stone to ensure the parts and texture have a uniform look. There are stones mixed with pumice and other stones that are called, mixed (mazari), and there are stones that are less mixed. When sculpting, it is difficult to convey a three-dimensional feel with mixed stones (mazari), so unmixed stones are better. 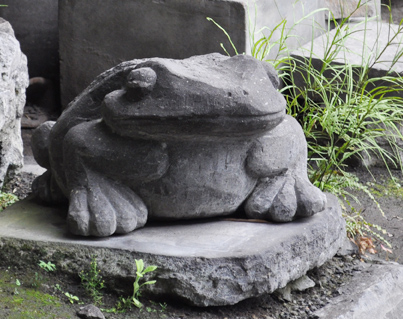 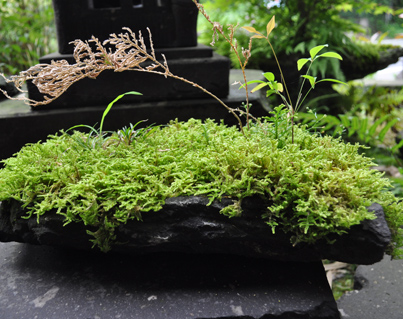 Stone lamps with a simple texture called Bokugata or Shizenbokugata (tree like stone lanterns) are a style that is unique to Yame. Lanterns are usually made by measuring out the dimensions, but the shizenbokugata (tree like stone lanterns) are made to the sensibility of the maker without measuring the dimensions. Each creator imitates the shape of a tree. Since each creator has his own style, the personality of each creator is on display. The size and balance of the rod on which the roof balances will slightly change depending on the maker. There are also many irregularities on the surface, and the sculpture shows a more natural appearance as moss grows.

In addition, the mountain spring water mill type (sansuisuisha) is also an imitation. The simple texture of the shaved tuff can not be produced in other stones, such as granite. 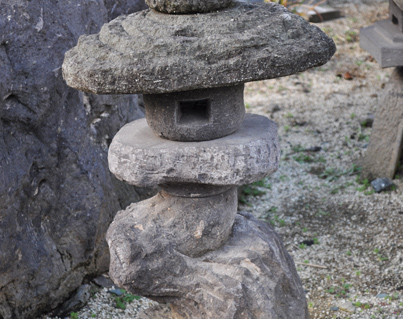 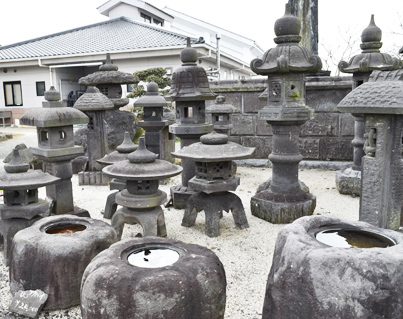