Yame lanterns boast the nation's largest production volume. From the riches of the Yabe River, Yame has the raw materials to make lanterns. Japanese candles to make the lights, along with Japanese paper to cover the lanterns are the original raw materials. Bamboo strings, wood work, are used by painters and other craftsmen to fashion beautiful lanterns. Yame Lanterns are strongly tied to the Yame Fukushima Buddhist altar. Similar to the Yame Fukushima Buddhist altar, there are processes which include woodworking, lacquering, maki-e (decorative lacquering), and metal fittings. Lanterns are also made by dividing up the labor. Today there are lanterns for the Obon festival, lanterns used for a cooling effect, as well as colorful new lifestyle lighting products.

The History of Yame Lanterns

An environment perfect for lantern making 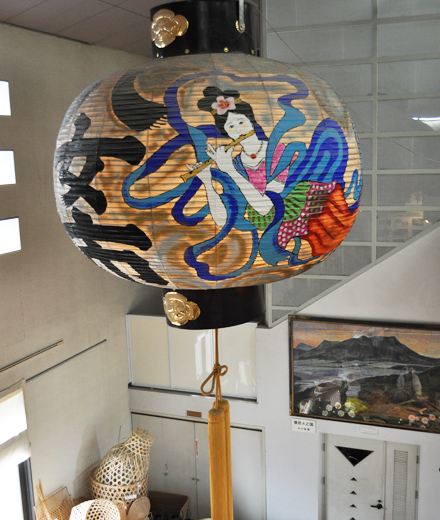 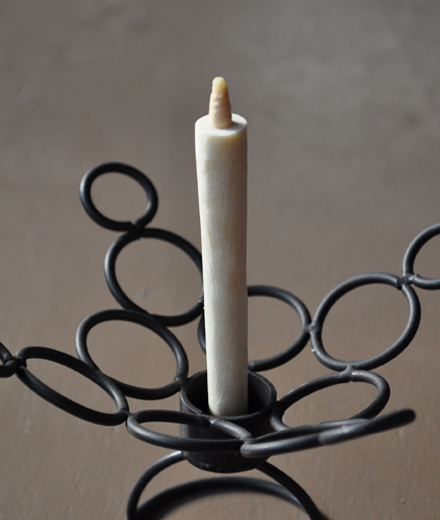 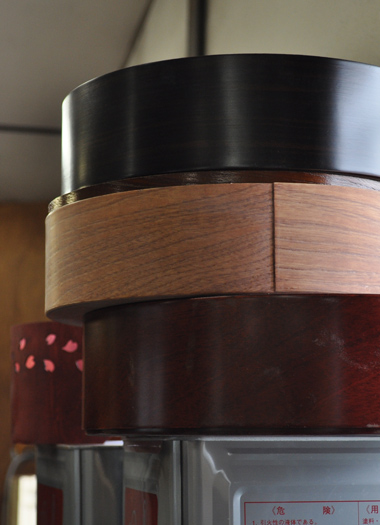 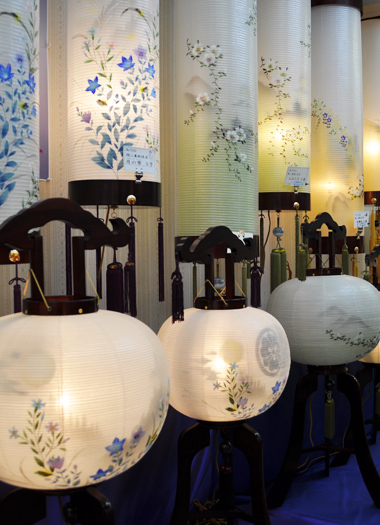 Similar to the Golden Buddhist altar, lanterns to be hung in the Obon Festival were made with silver or gold lacquer (maki-e) over a black lacquer paint. Today, to go along with the Karaki Buddhist altars, which have a wooden texture, small lanterns are also made using wood in the lanterns band (gawa). Yame Lanterns, along with the Gifu Lantern is famous for the Obon Festival Lanterns. It also boasts the best production volume in Japan. Japan's largest jumbo lantern which has a height of 4.5 meters, a width of 3 meters, a weight of 50 kilograms and is made with advanced technology, is on exhibit at the Yame Traditional Crafts Center.

The Beginning of the Yame Lantern

Yame lanterns were invented by Aramaki Bunzaemon in the town of Fukushima, and hung in cemeteries, etc. These bachouchin (cemetery lanterns) have been in use since the Bunka Period (circa 1813), over 190 years ago. The use of a single color, such as that of the Sasanqua Camellia (Sazanka), to paint the lanterns also started during this period.

During the Ansei Period (1854-1859), Yoshinaga Tahei used a single spiral style formed by using a single bamboo shoot frame and a thin paper that allows the interior of the lantern to be seen. This period saw the improvement of the pictures, with paintings such as mountains, water, vegetation, flowers and birds, etc. This was called the Primary Reform Period. A lantern known as the suzumi chouchin, a lantern that gives off a cooling effect, spread all over Kyushu, but it was labor and cost intensive to paint.

Tahei's younger brother, Ihei Yoshinaga, introduced a rapid painting technique, which was able to create a standardized lantern, based on the original design, rapidly increasing production. This was called the Secondary Reform Period.

＊ The bachouchin, lanterns hung in cemetaries, are a simple, round type with a diameter of 9 cm, using a piece of bamboo shoot, further subdivided by another bamboo shoot frame, covered in Japanese paper, then painted with ink. 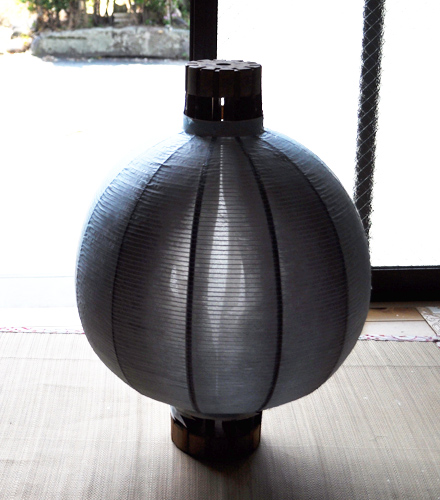 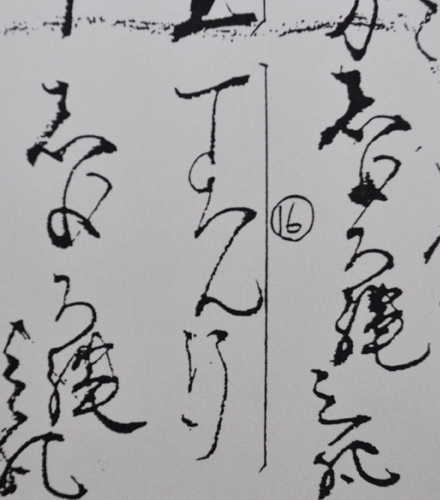 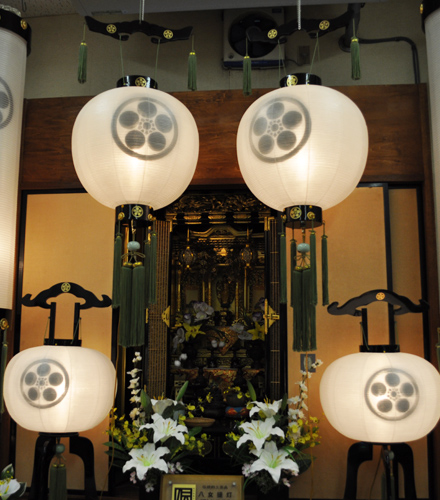 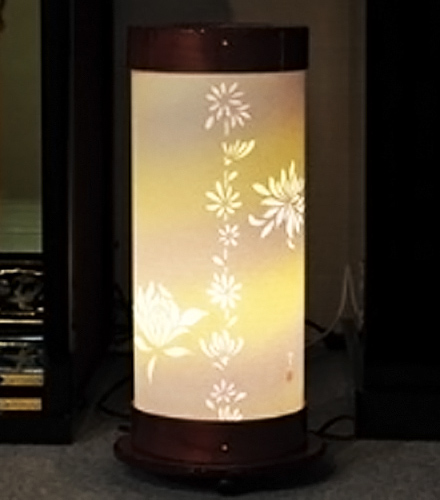 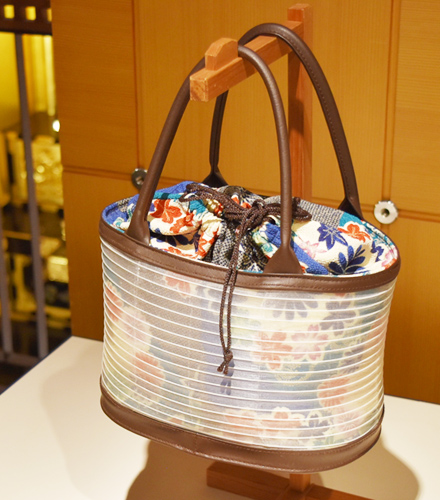 Lanterns have long been an invaluable tool in illuminating night roads. An entry in an old ledger has a different kanji,「丁ちん」, pronounced chouchin, which is different from the kanji used today.
After the Meiji Period (1868-1912), due to the popularization of electric lights, its use as lighting gradually decreased, shifting to one of appreciation, such as for the Bon festival, giving a cooling effect (suzumi chouchin), etc., which suited Japanese customs and climate. During Hatsubon, the first anniversary of a loved one’s passing, there was a custom of giving lanterns to relatives, and lanterns were decorated for the Bon festival to the point where there was nowhere to sit.
Lanterns are decorated as pairs, and even now, Cylindrical Lantern (Sumiyoshi), stationary lanterns (Andon), hanging lanterns, etc. are still used as decorations around the altar to welcome ancestors. Lanterns of 3 shaku size (about 113.7cm), the diameter of the small, square, space where the fire burns (hibukuro), were mainstream, but now lanterns of 1 shaku size (about 37.9cm) to 9 sun size and are gradually becoming smaller. This is due to changes in lifestyle, such as home size and residential dwellings as compared to the past. Currently, they can be used as interior decoration, and lighting which can be used in everyday life is also made. Recently, the use of lantern technology has promoted a commercialization of lantern bags, which makes use of the lantern's hibukuro part.

Features of the Yame Lantern

Lantern bags are painted with a hand-drawn technique called rapid painting (Sokubyo). It is a work that can not be reproduced since it is done without drawing a sketch on the small, square, space where the fire burns (hibukuro). Skilled painters will draw each one faithfully, based on an original picture in their head. Because it is drawn so quickly and beautifully, it is very efficient, which reduces costs. Rapid painting has a certain rhythm, drawing only petals when drawing flowers, leaves only when drawing leaves. This technique is used to draw several lanterns at a time , increasing productivity. From ink paintings to flowers, how the painter draws changes according to the design. Due to demand, patterns such as cherry blossoms and roses that were not drawn in the past have now become popular. In Yame lanterns the damaged portion of the box where the fire burns (hibukuro) can be replaced, which is unique to the place of production. A family crest can also be added. 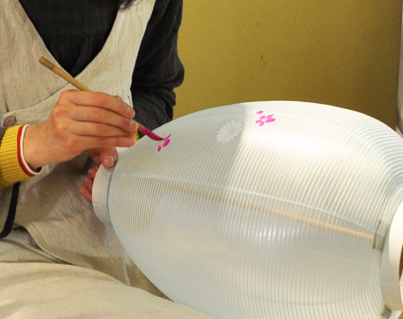 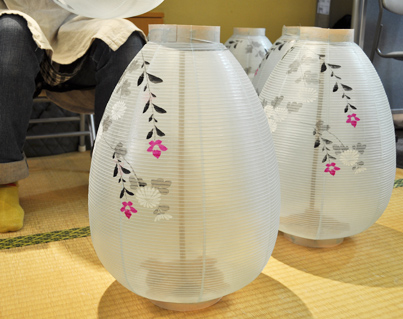 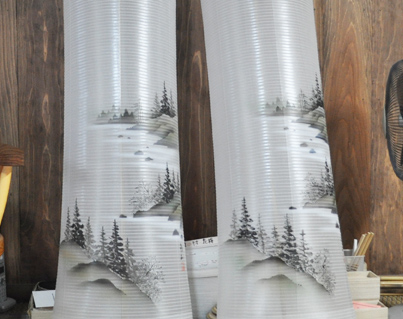 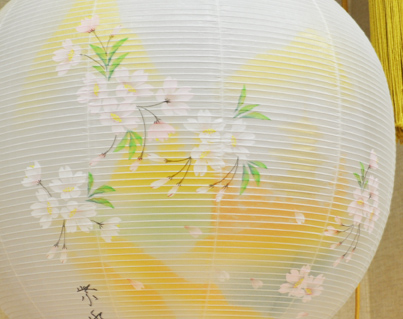 Utilizing technology, lanterns tailored for a new lifestyle are also made from traditional lanterns. Bamboo lanterns in the Yame area are made up of hanging cylindrical Sumiyoshi Lanterns (Sumiyoshi), globe shaped (gotenmaru) and stationary lanterns (Andon) etc, which are hung and decorated. The pot shaped lantern is original to Yame. Orders for various lanterns, the large Hakata type, business styles, and lanterns for shrines, are made to order, with orders coming in from all around the country. The frames (higo) of current lanterns often use metal fittings such as wires, but signboard lanterns are still made with bamboo strips (higo). Lanterns tend to gradually become smaller as a result of lifestyle changes as compared to the past. 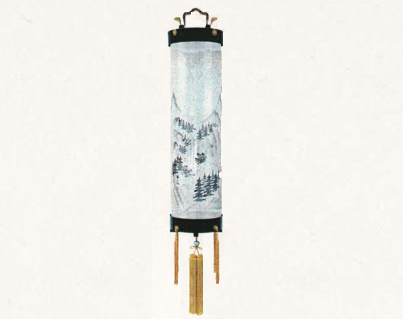 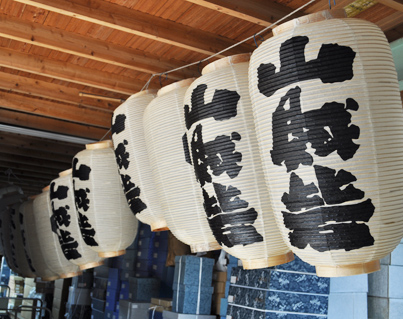