The Japanese top has been popular since long ago. The core consists of iron, while the center part of the top surface is wide with a recessed portion that has a navel and is colorfully painted. The Japanese top gives off the feeling that something good is coming to you.

Parents have a familiarity with tops as they were children’s toys from days past. Kyushu tops are characterized by using an iron nail as the core. The Yame top has a large center piece on the upper surface that is sunken in. Since long ago, there have been names for spins that bring luck (fukumawaru), spins that bring money (kanemawaru), and spins that will bring about a more satisfying life (Jinsei ga masumasu enman ni mawaru). It still has the same red, green, and yellow coloring. From grandparents to grandchildren, the Japanese top is a toy that can be played together with, regardless of the generation.

The History of the Yame Japanese Top

According to the Nihon-shoki, Chronicles of Japan, it arrived in Japan from China through the Goryeo, a Korean Kingdom, before the Heian Period (794-1185).
In ancient times it was a court ritual to have children play with spinning tops, started by Sugawara Michizane.
Before the war it was produced in over 10 locations throughout the Yame region, but now there is only one.
Children learn how to spin from grandparents and through playing with their parents. There is a joy from finally learning how to spin the top and competing with your friends. Spanning generations, a family that plays outside together with the Japanese top creates interactions and fosters community connections.

1-3.Children learn how to spin from family members such as grandparents, parents, and elder brothers.
4.Crossing generations, it is a toy that everyone can enjoy. 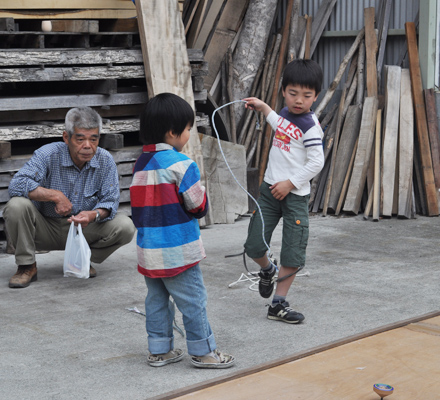 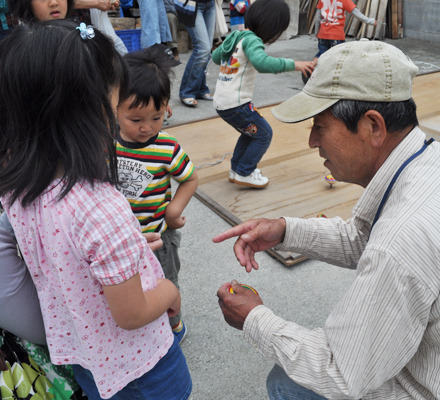 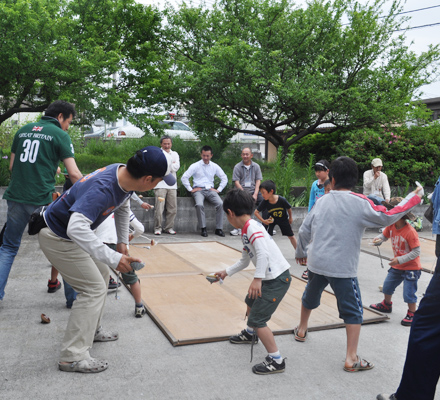 The characteristics of the Yame Japanese Top

The centerpiece on the upper side is large which is sunken in (heso).
It has a vibrant color, with an iron nail core. The core of the Kyushu top doesn’t go all the way through. The core is only attached to the lower part.
The top is characterized by how steady it is, not vibrating either too much to the left or the right. While spinning, the tip of the iron core becomes pointy and rounded, becoming more stable at the top. Iron nail cores are called "Ken" and diamond-shaped nail cores are called “Ryo Ken”.
In the past, iron nail cores could be bought at a shop that sold Japanese tops. Then you could replace them on your own. This is done by tapping the core slowly from the top to make sure that the wood will not break. With its round and smooth shape, the top spins for a long time. You can shave it down yourself to smooth out the edges and give it an even better spin. 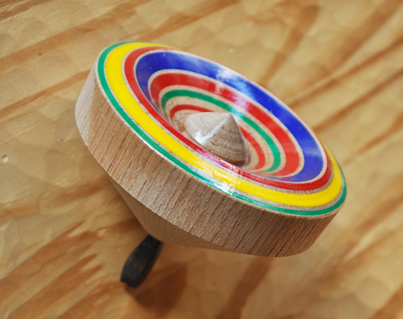 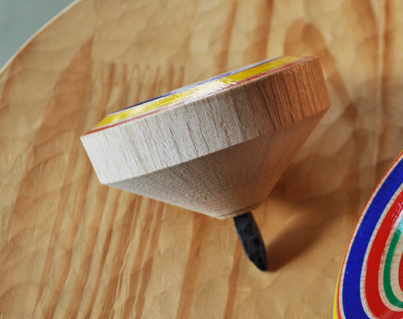 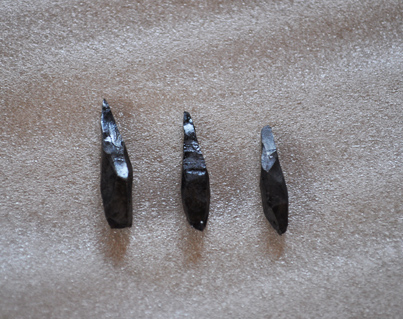 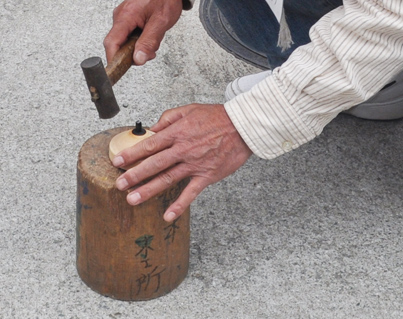