They are made in the Fukushima area of Yame. Buddhist Altars are deeply rooted in the faith of Yame.
A single Buddhist altar involves the labor of many artisans.

The Yame Fukushima Buddhist altar is made through an assembly process, which consists of the wooden base that makes up the frame of the Buddhist altar, the roof decoration such as the one used for a palace, the sculpture, the metal fittings, and the silver and gold lacquer. Each piece is made by a craftsman in charge of one specific part of the altar, and then finally assembled into one complete altar.
It is because of this gathering of craftsmanship and specialized skills, that the Buddhist altar is said to be a total art.
Buddhist altars are rooted not only in the tradition of memorials for the ancestors, but also in the deep faith of the Yame area which is touted as deepening the bond between the ancestors and the family.
Making full use of passed down techniques, the Buddhist altar, which is made by hand from start to finish, has been designed carefully so that the importance of using ancestral Buddhist altars will continue.

The History of the Yame Fukushima Buddhist Altar 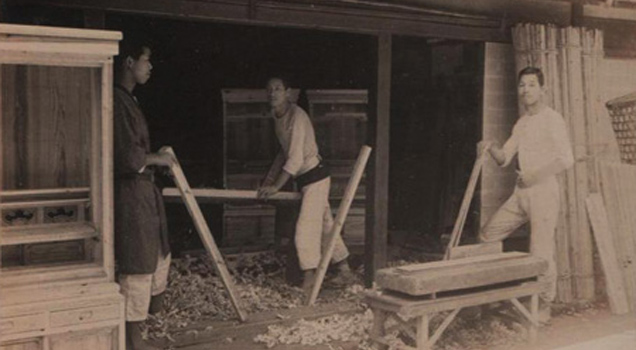 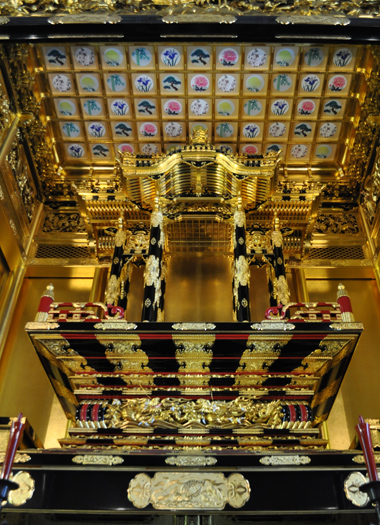 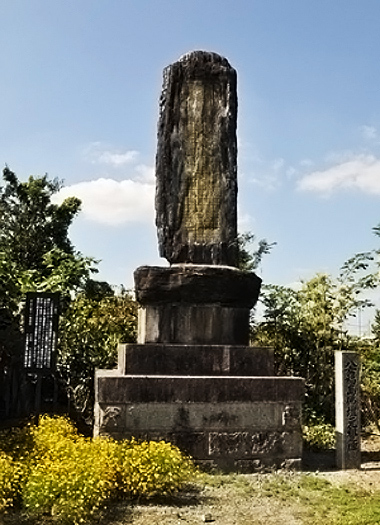 The altars have since been developed independently of the originals, giving us the altars that we see today.

* Woodworking joints (sashimono), originates from the word ruler (monosashi), which is the tool carpenters work with.

The characteristics of the Yame Fukushima Buddhist altar

Another characteristic of the Yame Fukushima Buddhist altar is that it can be disassembled and reassembled, so that it can be repaired many times. In order to easily disassemble the altar, it is built based on the principal of seamless joining(hozokumi). In addition, nails made from bamboo are used instead of iron for the smaller parts. As time goes by, the iron nails will not come out, due to rust. With bamboo nails it is easy to disassemble, since the nails can be taken out with no worry about rusting. Also, over the years, soot stains (susu) build up due to smoke from the candle, but after the parts are disassembled, the soiled areas can be easily cleaned piece by piece. After repairing the broken part, the Buddhist altar can be cleaned using a technique called, whole washing (maruarai), the lacquer can be repainted and the gold leaf can be re-installed. By reassembling the altar, the ancestral family altar can used for years to come. 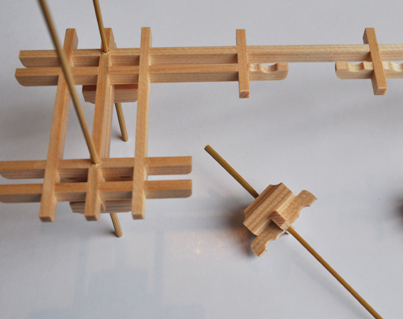 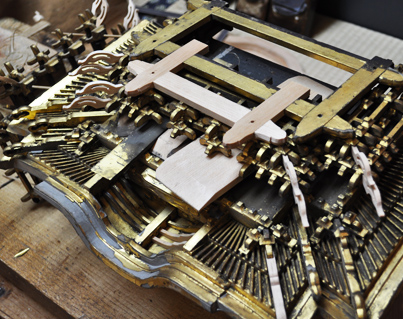 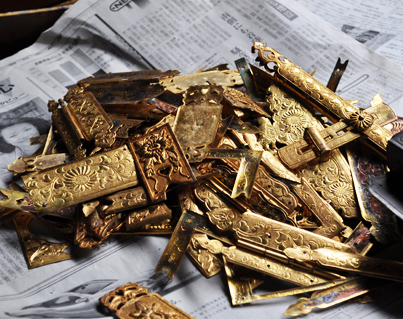 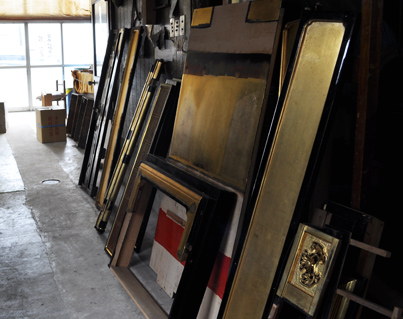